Inflation, Food Shortages, and 8 Other Ways the Coronavirus Changed the Supply Chain 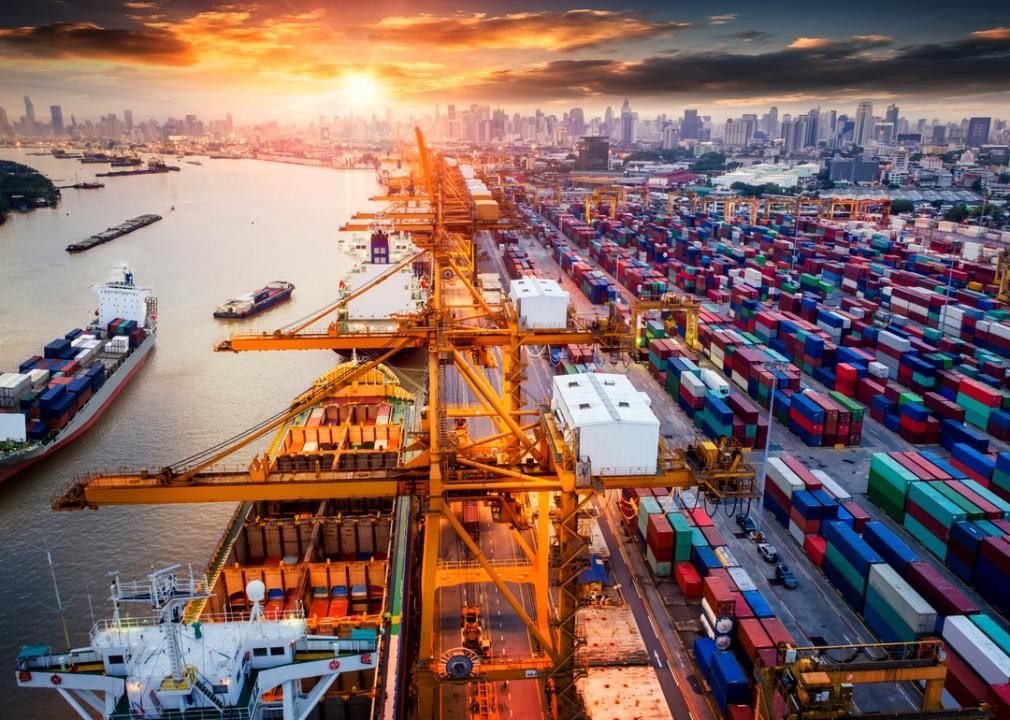 The pandemic has exposed many weaknesses in the U.S. economy. Widespread furloughs and layoffs, business closures, and high rates of unemployment were all fallouts of it—but the supply chain issues, which started early in the pandemic, helped bring to light the fragility of the national economy.

As the world grapples with supply chain shortages, Valley Food Storage reviewed how the coronavirus has affected the supply chain and what it means for consumers.

COVID-19 was identified in the central China city of Wuhan in January 2020. Shortly after, a wave of closures and quarantines in China—which were intended to slow the spread of this new virus—caused factories to close and supplier production to come to a halt. This had an immediate impact on the supply chains that rely on trade from China—the world’s second-largest economy—including the U.S. supply chains, which import everything from car parts to medical supplies to consumer tech from overseas.

There is still fallout from the nation’s reliance on overseas trade. The impact of the pandemic on the supply chains across the globe are likely to be felt for some time—including the supply chain shortages that have caused frustration and chaos since early in the pandemic.

Valley Food Storage is a leading long-term food kit manufacturer based out of Akron, OH that specializes in clean and simple emergency survival food kits that are designed as family emergency food kits and have a 25-year shelf life 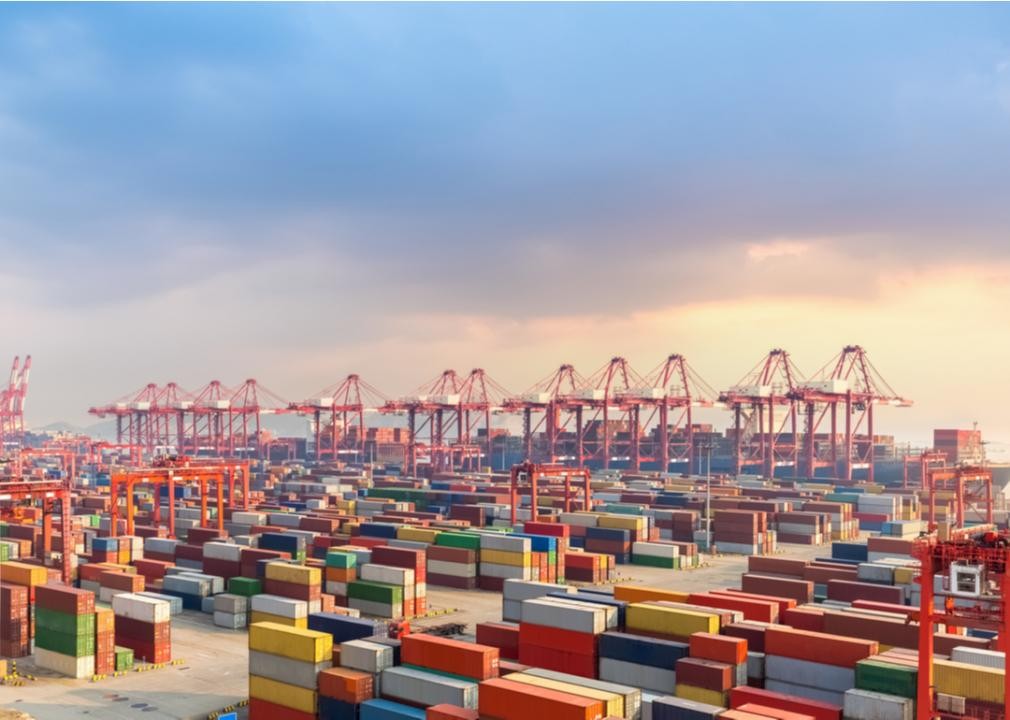 Much of the merchandise on store shelves is manufactured and shipped to the United States on shipping vessels from other countries, such as China and Hong Kong. Before the COVID-19 pandemic, the shipping of consumer goods was a streamlined process, but pandemic-related gridlock at ports around the nation have caused long waits for shipments of everything from toys to electronics and clothing.

These delays started during the widespread shutdowns early in the pandemic, which caused manufacturing companies to shut down or run at limited capacities. Once these businesses were back up and running, they began rapidly shipping backorders to the United States via massive shipping vessels, which are received at ports across the nation. The sudden influx of shipping containers caused widespread gridlock, and with shipping containers sitting at the ports for extended periods of time, it was tough for businesses to fill shelves with consumer goods. The issue is still ongoing, and retailers are struggling to keep up with demand. 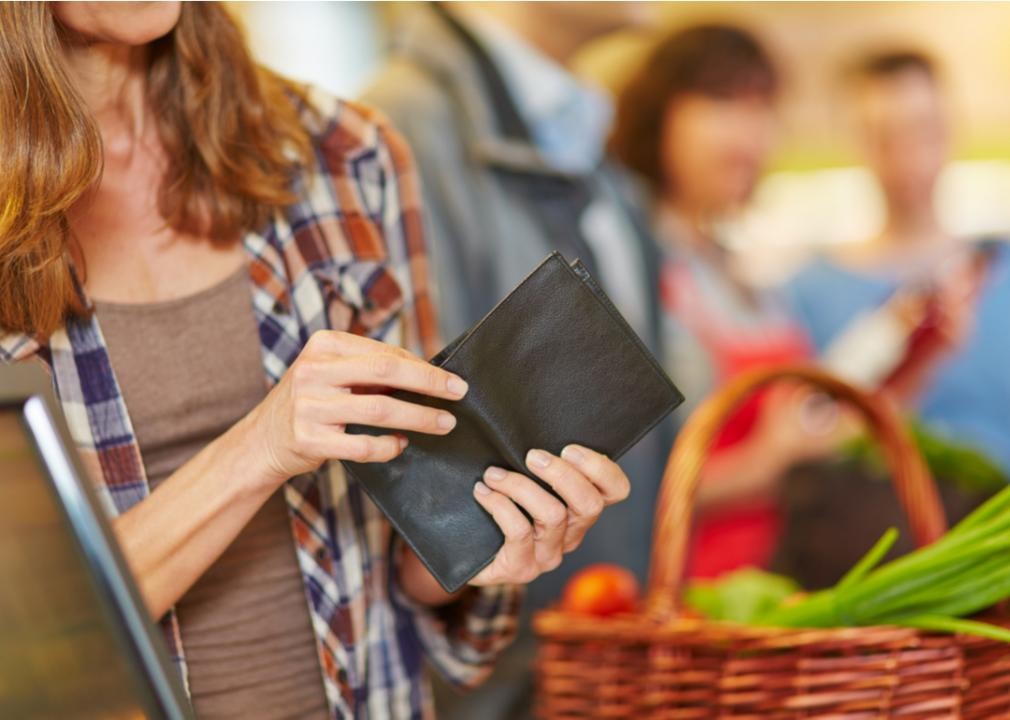 Inflation Across Almost All Sectors

The pandemic hasn’t just been tough on people’s social lives; it’s also been hard on their wallets. There has been significant inflation across nearly every sector since the start of the pandemic, which has caused the price of essentials like food, housing, gas, and utilities to increase significantly.

From September 2020 to September 2021, the price of food items like meats, poultry, fish, and eggs increased by 10.5%—while overall prices for food at home increased by 4.5%. The price of gasoline also had a significant uptick during that time—42.1% year over year—and so did the price of both used and new vehicles. This type of rapid inflation makes it challenging for people to manage budgets and stretch dollars, many of which were already stretched to the max before the pandemic. 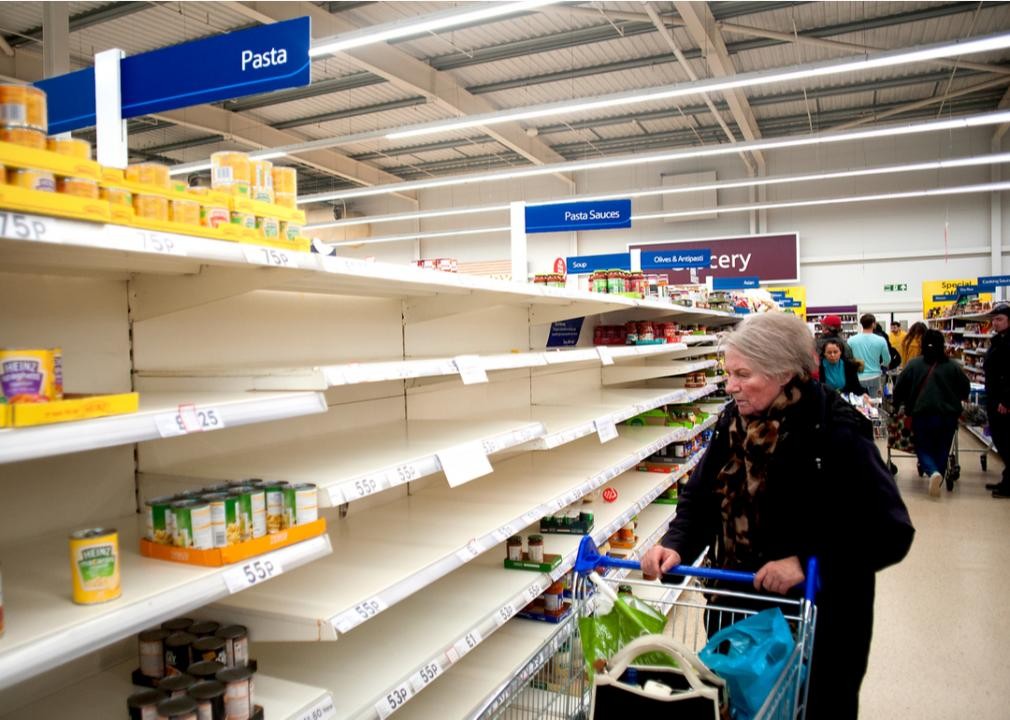 Remember the grocery and dry goods shortages that happened early in the pandemic? Flour, canned goods, toilet paper, and tons of other shelf-stable items were extremely hard to come by due in part to the widespread shutdowns, which caused delays at food manufacturing plants and slower transit times by shipping companies. The temporary shortage of food items induced panic buying among shoppers who tried to stock up on the items that were available—further adding to the shortage issue.

While the food supply chain has somewhat recovered in the time since, there are still ongoing issues with stocking grocery store shelves. The labor shortage has made it tough for food manufacturers to run factories at full capacity—and a lack of delivery drivers has caused further delays. It’s also difficult for food manufacturers to get a hold of food packaging supplies, such as styrofoam, thanks to the traffic jams at shipping ports, which is adding to the food shortages nationwide. 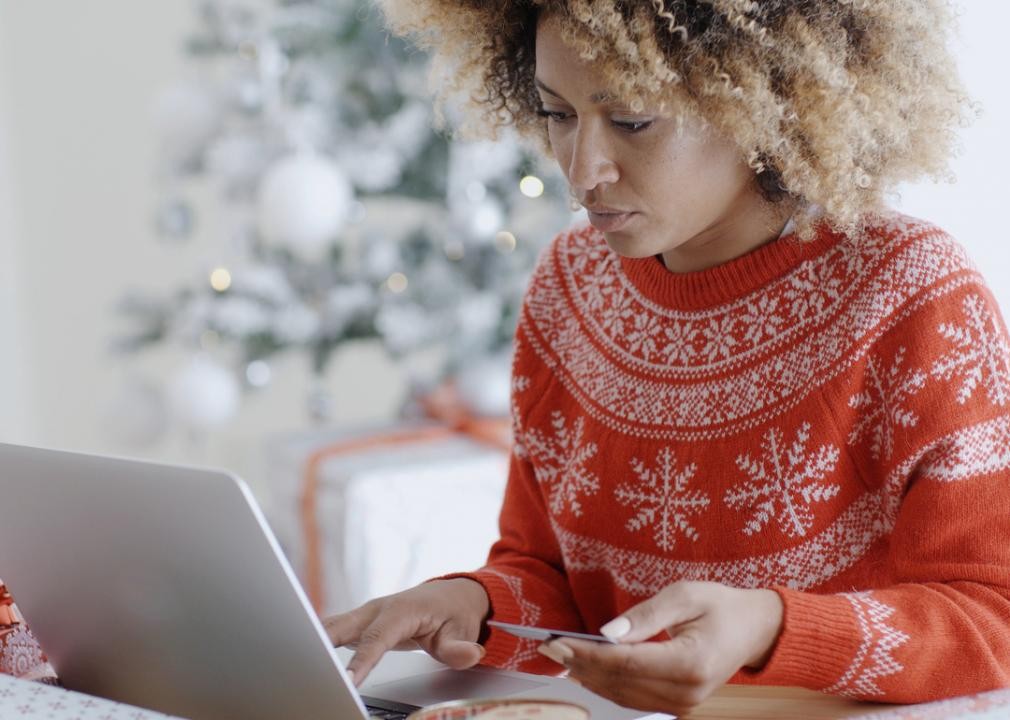 Pandemic-related supply chain issues have also led retailers to push for much earlier holiday shopping this season. Retailers always push for early shopping by offering deals and campaigns—Black Friday, for example—but this year is a bit different. Given the combination of global shipping issues, supply chain disruptions, raw materials shortages, and even mailing delays, it’s highly likely that orders will arrive later than expected this year.

These ongoing issues will likely also cause certain holiday gifts to be in short supply, meaning that if you’re trying to get your hands on certain items, it could be tough to do. These supply-related issues have led retailers to encourage shoppers to start their holiday buying early in order to avoid the possible supply chain kinks. 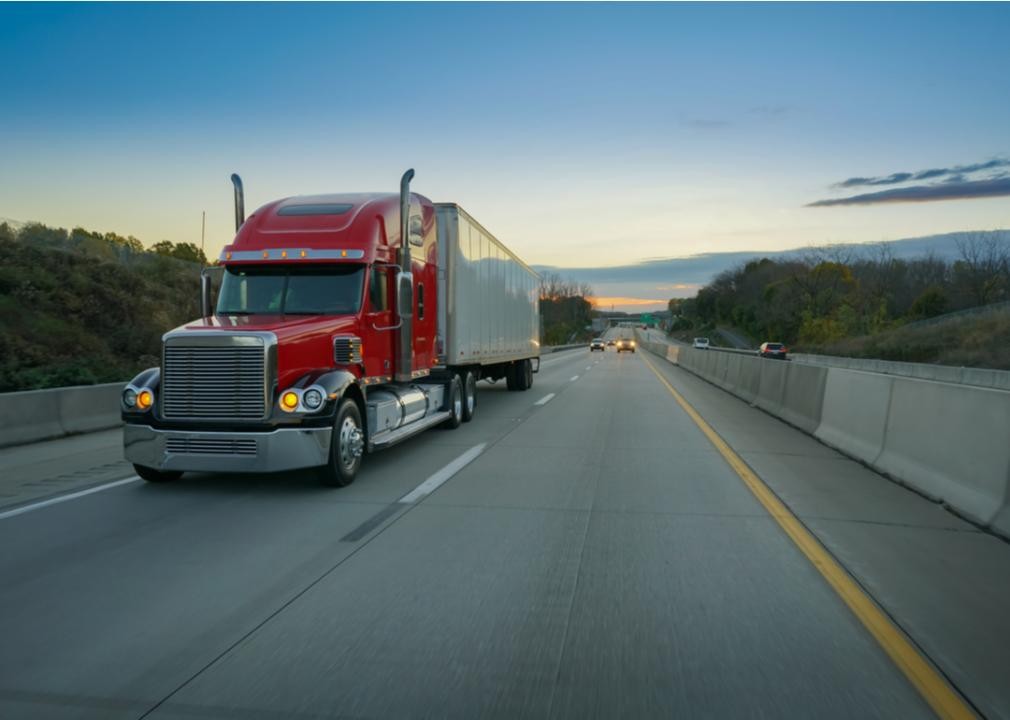 Truck Tonnage Is Up

One surprising supply chain issue that has been caused by the pandemic is an overall increase in the weight of the loads that truckers are carrying. From September 2020 to September 2021, the average truck tonnage rose by about 1.7%, which indicates that drivers are carrying heavier loads of everything from construction materials to retail goods and imports. There are likely a few different factors causing the increase in truck tonnage, but the main one is a dire need for more help with moving goods across the country.

In order to fulfill the ongoing demand, truckers are moving heavier loads from one end of the country to the other to fulfill orders from both U.S.-based and overseas manufacturers. But it’s not just the crushing issues with supply and demand that have caused the heavier tonnage. There also has been a lack of new trucks and drivers throughout the pandemic, which means that the truckers who are available have to take on heavier loads to help meet the supply chain needs. The pandemic also has caused extremely congested rail freight networks across the country. As with many of the other supply chain concerns, the issue with the railways started with the lockdowns that slowed manufacturing and overseas shipping. Once manufacturers were up and running, the influx of shipments from across the globe put a strain on the rail networks that are used to ferry all types of goods from one end of the nation to the other. 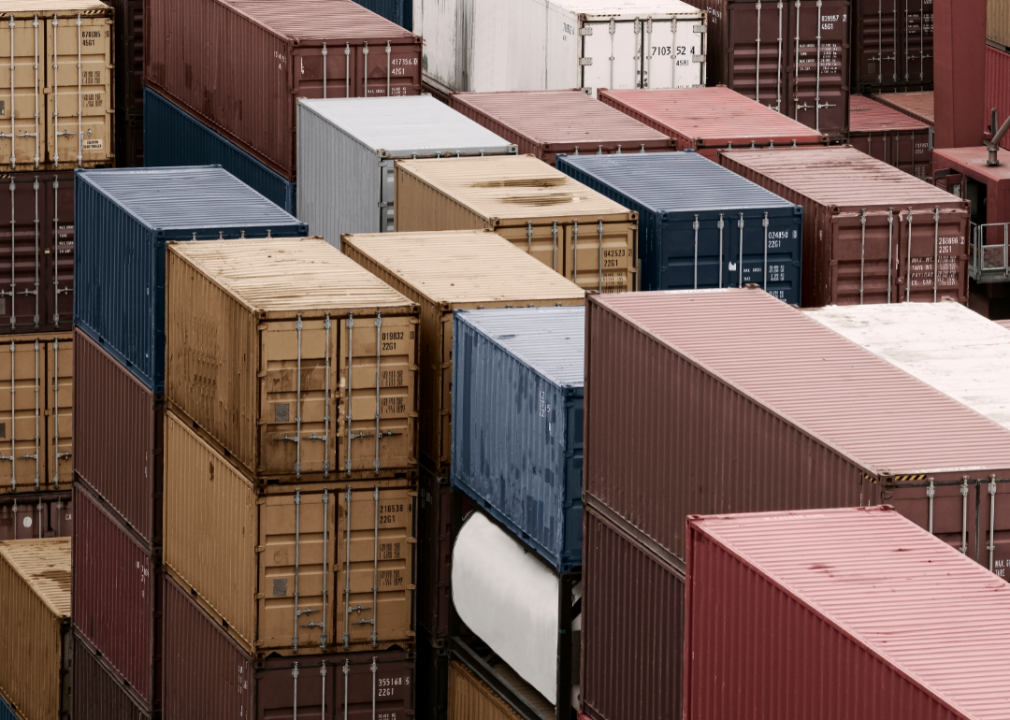 The Search for New Storage Space

The lack of storage space has gotten so bad, in fact, that there have been issues with shipping containers being dropped on residential streets in certain areas. This issue has added to the supply chain problems by increasing the time it takes for truckers to pick up goods, return containers, and find chassis for cargo—which has led to state and federal governments looking for other storage space solutions. 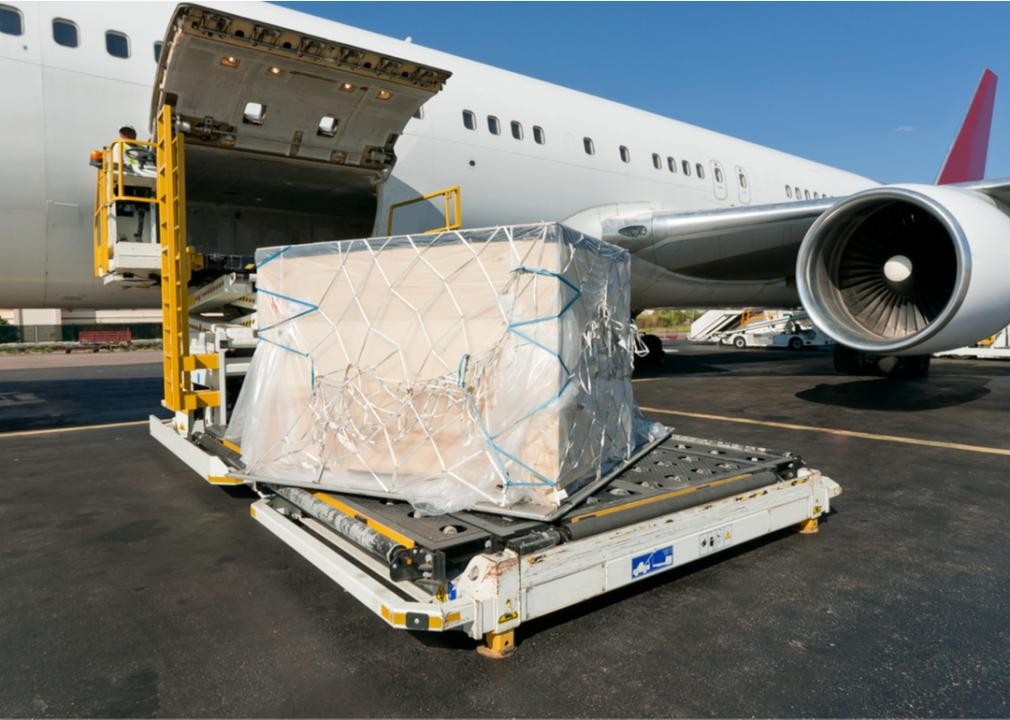 The ongoing issues with container shipping delays has also caused an increased demand for air freight as logistics companies look for innovative ways to avoid bottlenecks with traditional shipping methods. Many freight airlines are now at 100% capacity, and the uptick in demand has caused rates with some air freight companies to climb by up to 10 times in a single week. The demand on the air freight industry has been so heavy, in fact, that airlines are continuing to convert passenger aircraft into temporary cargo planes to help meet the need.

While this temporary conversion has helped ease some of the demand on the air freight industry, it’s not enough—and the rates continue to climb as the demand remains steady. Air freight was already the most expensive form of transportation before the pandemic, and the crushing demand has only driven the cost up further, which is reflected in the rising cost of consumer goods. 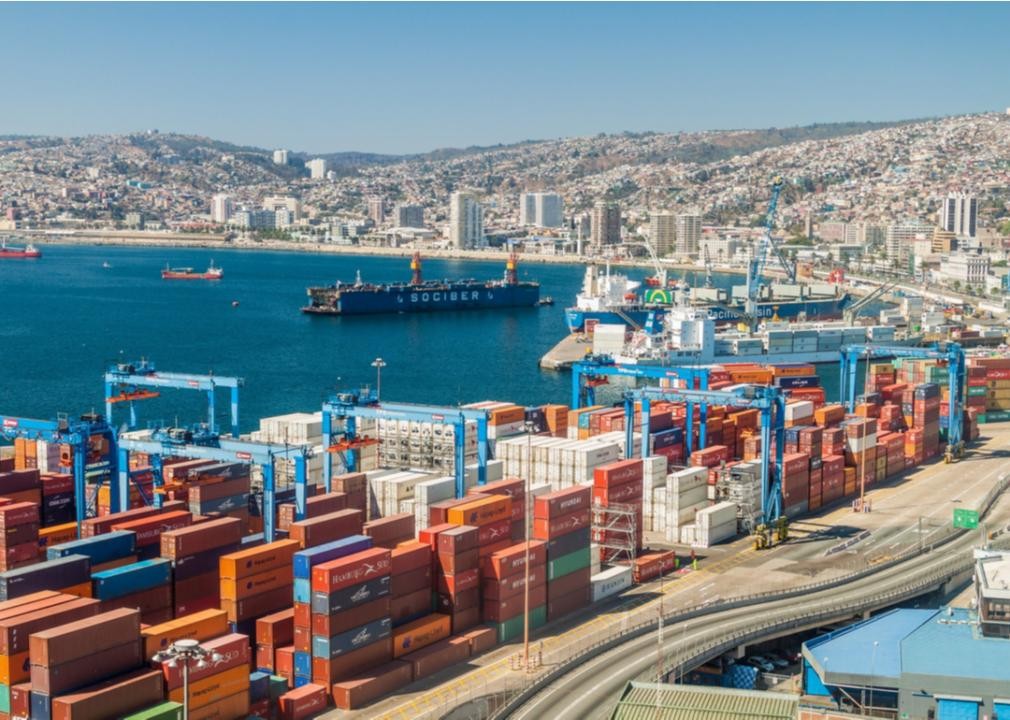 For the past several decades, the United States has relied heavily on trade with China for access to consumer goods. But that reliance on China to meet needs for goods is likely to change—and it’s all due to the pandemic. Manufacturing, supplier operations, and exports from China came to a halt early in the pandemic, which left U.S. procurement companies in a lurch—and without a source for certain types of goods. The need for these goods didn’t dwindle, however; it simply caused a major kink in the supply chain, with shortages running rampant.

This, in turn, showcased the issue with relying too heavily on one region or supplier, and led to an attempt to diversify international trade. Companies are now looking for alternative ways to source goods from areas outside of China—including Vietnam or South America. 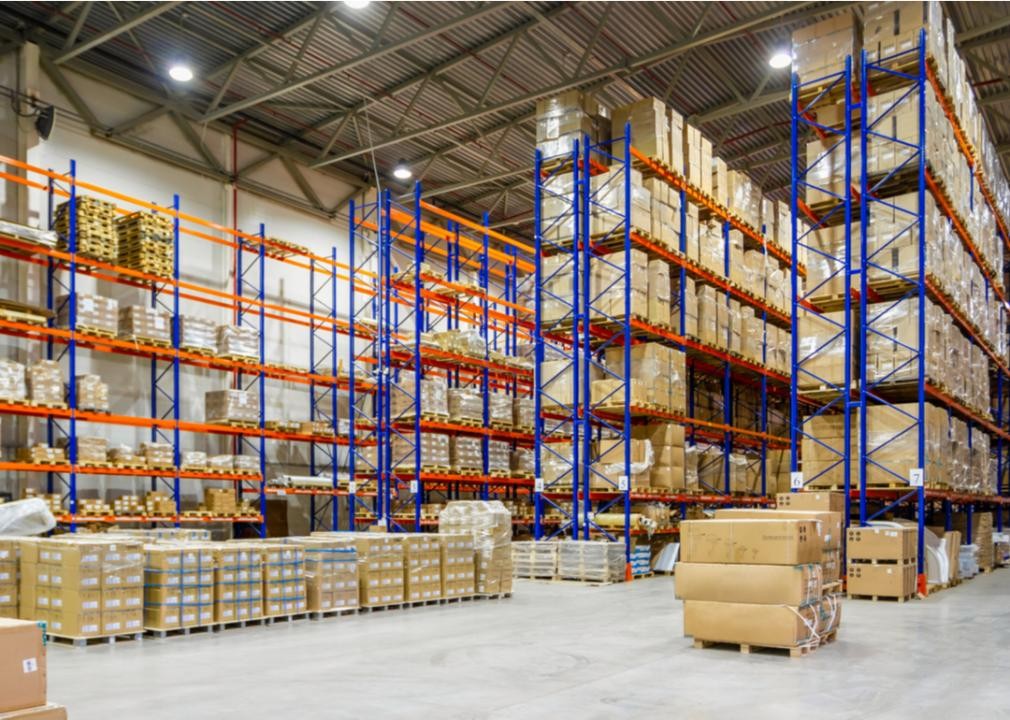 Warehouses have become a crucial component of keeping goods on store shelves—and this has led to increased popularity for warehousing options. The uptick in demand started with the supply chain volatility early in the pandemic, which left businesses scrambling for access to goods that were hard to get from overseas. The difficulty procuring goods from China and other overseas sources exposed a need to keep larger amounts of inventory on hand—which is how warehouses came into play.

Warehouses can be used to keep extra amounts of inventory on hand, which in turn helps keep shelves stocked across the nation. On-demand warehouses, which are warehouses offering flexible, short-term warehousing solutions to suppliers, are in especially high demand, as it’s unclear whether these types of supply chain issues will be a problem over the long term.